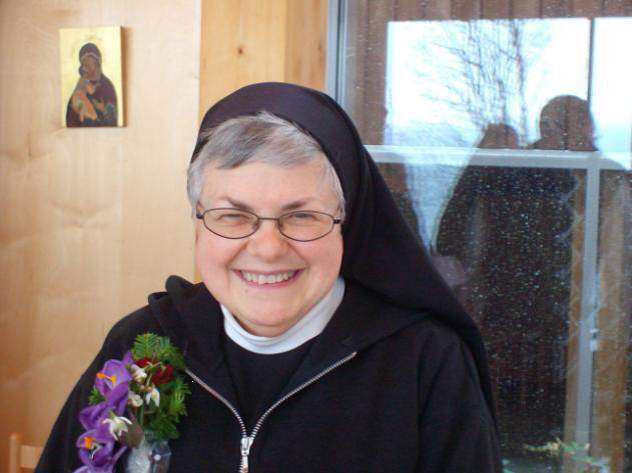 Tautra Mariakloster was raised to the status of Major Priory on Sunday, March 25. The next day, on the Solemnity of the Annunciation, Sr. Gilkrist Lavigne was elected the new prioress of Tautra Mariakloster, after sr. Rosemary Durcan who had been prioress since the foundation 13 years ago. 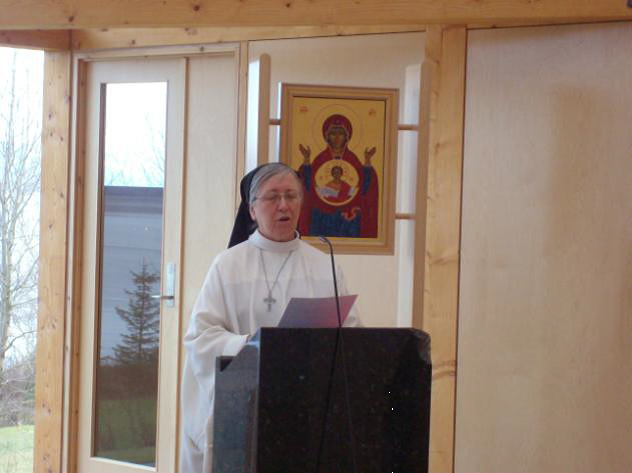 Abbess Nettie Gamble of Our Lady of the Mississippi Abbey, the motherhouse of Tautra, declares Tautra Mariakloster a Major Priory.

Sr. Gilkrist was novice director when she was elected, and she has led the development of our soap industry since the monastery’s beginning in 1999. She has been engaged in monastic interreligious dialogue for many years.

Sr. Gilkrist was born in Canada, and grew up in the USA. She entered the Benedictines in 1968. After some years in our monastery Santa Rita in Arizona, she entered Our Lady of the Mississippi Abbey, and made first profession there in 1987. She was chosen to be a foundress of Tautra Mariakloster in 1999, and became a Norwegian citizen in 2007. 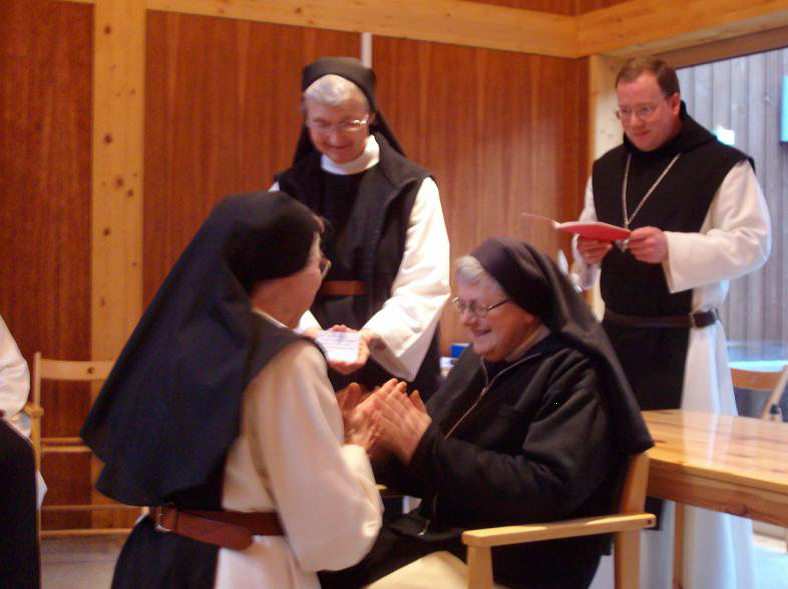 Tautra’s prioress for the first 13 years, sr. Rosemary Durcan (kneeling), promises obedience to the newly elected prioress, sr. Gilkrist Lavigne. Standing behind her are Sr.Gail Fitzpatrick, who was abbess of Our Lady of the Mississippi when Tautra was founded, and abbot Richard Purcell of Roscrea Abbey in Ireland. He is Tautra’s Father Immediate, and as such was President of the election at Tautra Mariakloster.