Hilary Bartlett entered the community on Tautra in October 2013 and received the Cistercian habit on Holy Saturday 2014, taking the name Sr Rafael. Her choice of name honors the archangel Raphael and also our Trappist saint Rafael. Taking his Spanish spelling has given her a Norwegian name as well.

Sr Rafael was born in England in 1957 and grew up in Toronto, Canada, returning to England in her late 20s. She trained as a nurse in London, then specialized in palliative care, working in hospices in London and Devon.

She spent 5 years in a Carmelite community in Yorkshire, but left before final vows. In 2012 she came to Tautra as a volunteer—and discovered that the "God of surprises" had a tremendous gift up his sleeve: she discerned a call to become a Cistercian here in Norway.

Among her many talents is an ability to write poetry. We share a poem inspired during her retreat in preparation for her Clothing.

Let me tell you how it is

it is a small bare tree in early spring,

all of them singing.

It is the fjord at high tide,

It is moonlight’s whispered prayer, soft

this day, my creased and shop-soiled life

lies basking in his paschal promise,

held and safe, as in a hammock

between apple trees in blossom.

He has offered me a spoonful, enticing,

of what he has prepared. 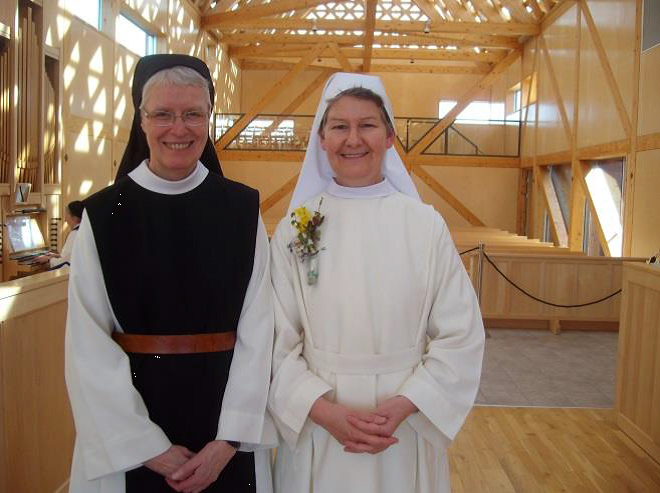 This year we have celebrated the 200th anniversary for the Norwegian Constitution, certainly on May 17, and at Frosta also on June 19, with special emphasis on the old Norse law from Frosta, the law of Frostating. The foundation of our monastery at Tautra owes much to the fact that the regional parliament for centuries was held in our town Frosta. The law of Frostating in the version from 1260 played a role in the background for the Constitution of 1814. Mother Gilchrist and Sr. Hanne-Maria took part in the regional celebration about Frostating on June 19. The old parliament was held when the sowing was finished and before the haying started.

The connection between our present monastery and Frostating goes back to the Feast of St. Olav 1992. The mayor of Frosta, Jens Hagerup, was struck by the importance of the medieval monastery at Tautra for the development of our town, as he was preparing his speech to our new King and Queen. Because of Frostating, they chose to start the northern part of the journey of blessing here the second year of their reign. That very morning the newspaper had a top story with the title "A New Monastery at Tautra" – about the master’s degree project of a student of architecture. When Jens Hagerup in Frosta read about a group of people praying for a future Cistercian monastery in Norway, he immediately took contact: "I don’t know what a monastery is, but if it is to be, it has to be here."

His initiative led to Srs Ina and Marjoe living a year and a half at Tautra, which became the prelude to our foundation. 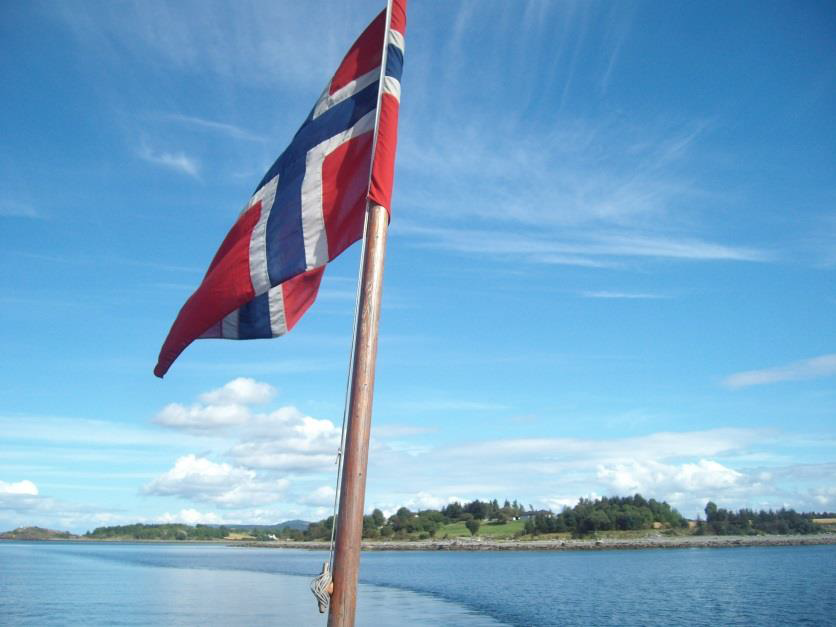 Back to Frostating and the Jubilee of the Constitution: Our town council and the three counties that were part of the old parliament held an open cultural event with regional artists and researchers. We were presented with new perspectives on old knowledge, humor and lightness combined with a challenge to go deeper in a reflection about who we are, what history did in our making and what kind of framework we want for our present and future society. It was an impressive day full of joy and inspiration.

Marianne Meløy, actress from Trøndelag Theater, gave a talk show on the theme: What is MY Constitution? What is the basic law in my life?

She took us from her mother’s basic question before May 17: Have you ironed the shirt for the national costume? Have you made the traditional cake? – through hospitality and "Be kind and good, and for the rest do what you want" –to the tension between planning and living in the present moment.

Lars Steinvik, Professor of archeology, presented new findings pointing to a well-organized society centuries before we know that Frostating was established as a parliament (from before 900 AD), among others sites for possible local lawgiving gatherings. Geothermal photography and computer technology has shown that at Frostating there were several boat houses of 40 meters length. It was fascinating to hear him say that the science of archeology has left the approach we’ve had since Rationalism, and now work with a different acceptance of not seeking an explanation of all findings.

Merete Røskaft is a historian. She presented updated material about the Frostating Law as it is given us from 1260 by King Håkon Håkonsson, especially to the question of the influence of laws given by King Olav Haraldsson (St. Olav, 995 – 1030) and archbishop Eystein Erlendsson, who died in 1188.

"It is the council and law of Archbishop Eystein, approved by the wisest men, that the men should be fasting when they come to the parliament. They should meet when the sun is in the East and stay until None. The priest who is in charge of the Book of the Law shall ring with the big bell when he goes to Ting with this Book, and this bell shall not be used except during the time of the parliament. But if somebody excesses in food or drink and prefers that more than the parliament, then he cannot come with lawsuits or any legal claims that year, no matter what his case was."

A much quoted foundation of the law from Frostating is: "With law the land shall be built and not with unlaw laid waste." This quote is carved into the main pillar at the Frostating on the peninsula, just a few kilometers from our monastery.

We are so proud that the 9th grade class of our Norwegian teacher Bjørn Olav Juberg won a nationwide contest to write a constitution that should last 200 years. The whole class was treated to an all-expenses paid trip to Oslo to visit the Storting—the Norwegian word for Parliament still contains the root "ting", as does the word for courthouse, "tinghus". 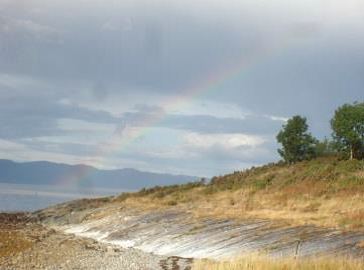 It was a summer of beautiful sunny days when it was warm enough to swim in the fjord. Even when it rained, the sign of the covenant stretched over Tautra.

As this issue went to press, Mother GilKrist left for Assisi for the order’s triennial general chapter. A summary of the issues discussed will be posted on www.ocso.org. We’ll try to keep the home fires burning (in our Norwegian wood-burning stove) until she returns at the end of September. 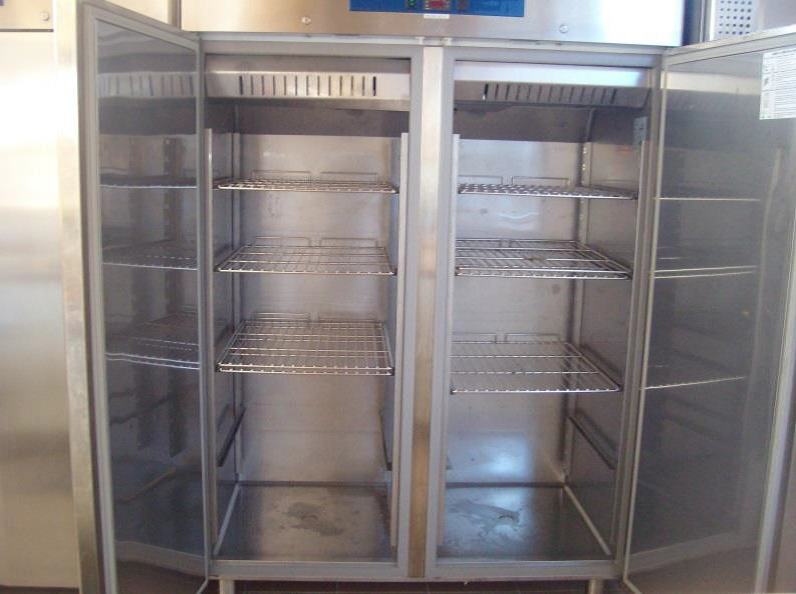 It’s hard to believe that we’ve been in the new monastery for 8 years already. One of the original double-size freezers has recently died, and we need to replace it. The estimated cost is 40.000 kroner (about $6500). Since our support group is no longer collecting contributions for us, we make a direct appeal: We would be so grateful for donations toward a new freezer. In Norway and Europe the best way is to make a bank transfer. The information you need is: SPAREBANKEN MIDT-NORGE, N-7467 Trondheim. Tautra Mariakloster, N-7633 Frosta. Regular Acct. # 4200-09-03196. IBAN: NO5642000903196. Swift code: SPTRNO22. 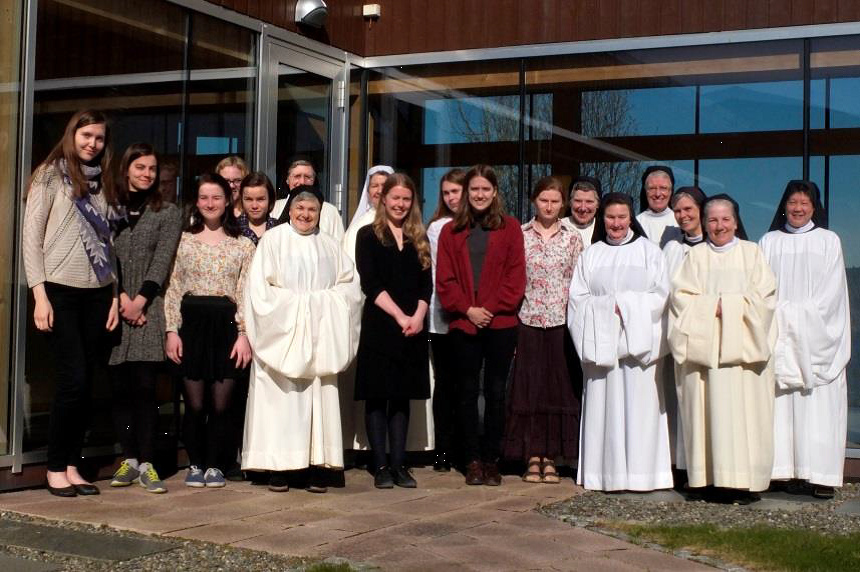 A group of young Estonian women shared our life of prayer and work for a week in April, and Maria Roosalu returned as a volunteer in August 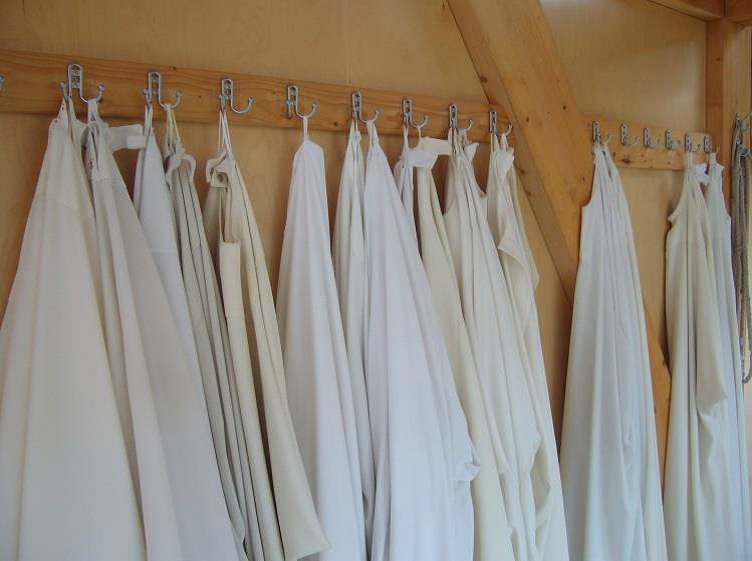 As cool autumn days approach, we are glad to wear our cowls in church. This shot might be used in Sr Sheryl’s update of the photo booklet "Tautra Mariakloster." Her cookbook is going into a second printing.