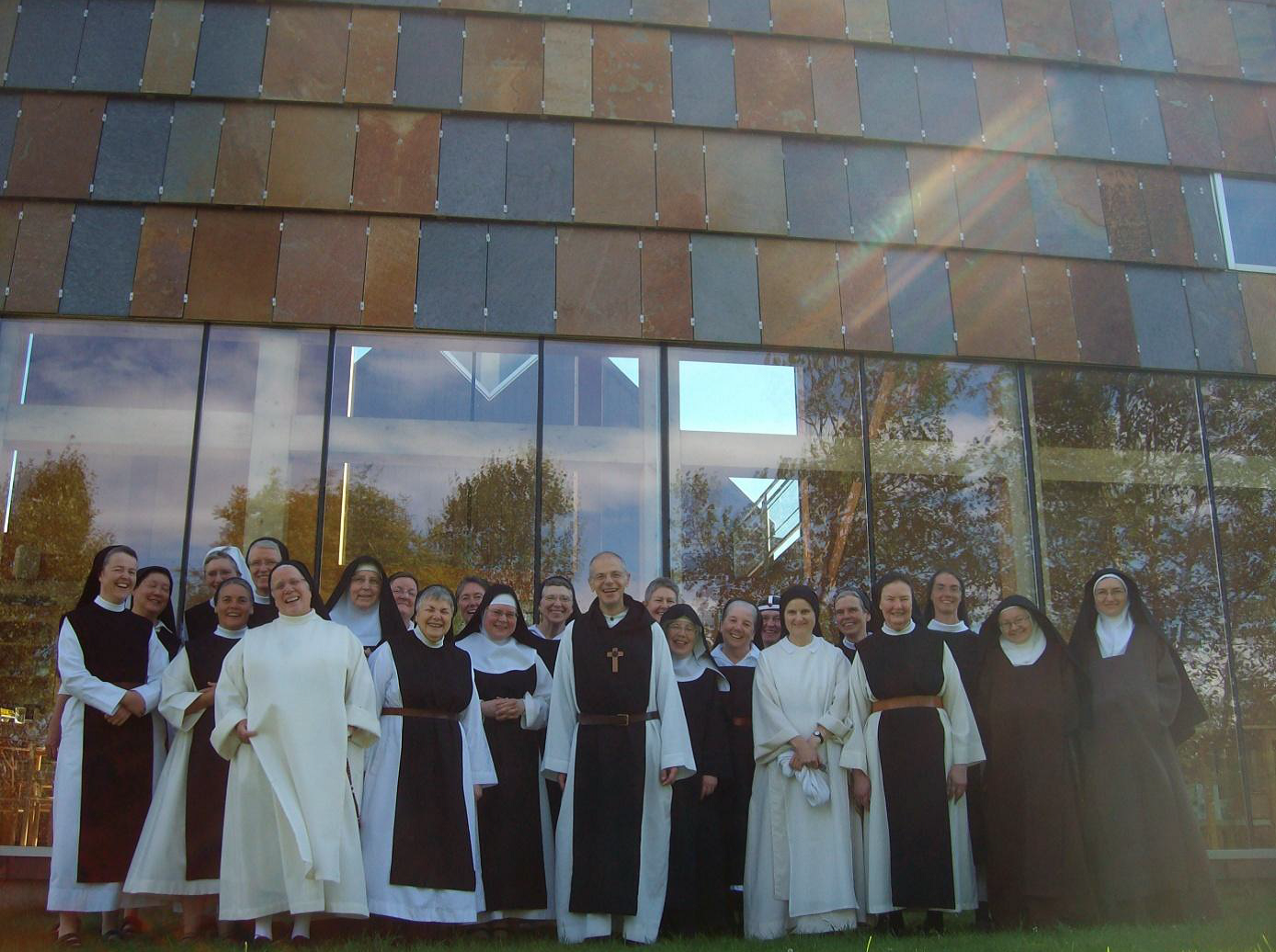 Tautra (the island) had never seen so many nuns in so many different habits as when Tautra (the monastery) hosted the Nordic meeting of contemplative novice directors July 31-August 6. We were privileged to have Dom Bernardo Bonowitz of Novo Mundo in Brazil come direct from World Youth Day in Rio de Janeiro to give his conferences for monastic formators in an intense week. The participants included Cistercians, Dominicans, Benedictines, Carmelites and a Brigittine. Every room in the monastery and in the guesthouse was filled with visitors from Ireland, the USA, Norway, Germany, Brazil, Sweden and Denmark. The common language was—more or less—English!

refectory, and special suppers for the course participants. We had "speaking meals" instead of eating in silence, so we could get to know some of our sisters from other orders and from different countries. Some monasteries are facing the challenge of older entrants and the influence of post-Christian society with overuse of social media, but the task of the novice director remains the same: to be an example of a happy, mature religious who nurtures and brings forth the true vocation of the novice.

The Bonowitz conference came quickly on the heels of Olsok—the weeklong celebration of the Feast of St Olav. Sunday, July 28 most of the community, together with our early-arriving guests, went to Stiklestad for the diaconate ordination of our good friend and member of the support group, Egil Mogstad. He will be ordained a priest next January 26—the Solemnity of St Eystein, and happily also of our Cistercian Founders, Sts Robert, Alberic and Stephen. 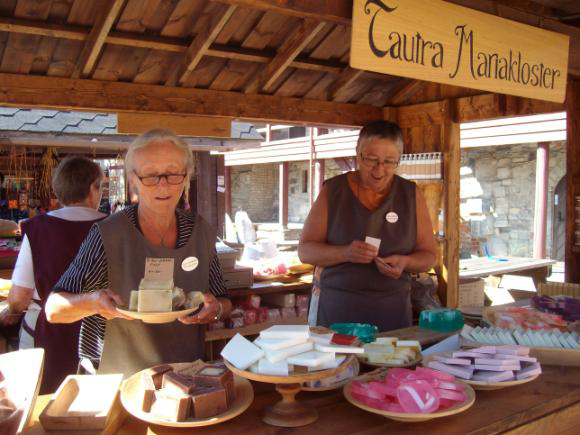 The same day the medieval market in Trondheim opened, and our indefatiguable support group once again tended the Tautra Mariakloster booth and sold our soaps and skin creams for about a quarter of our income for the year. Then on Monday, July 29 we celebrated Catholic Mass in Nidaros Cathedral for the first time at 2.30 in the afternoon (until now it has been at 8 in the morning). This year workshops for pilgrims and other interested persons were held at St Olav, the Catholic cathedral in Trondheim. Sr Anne Elizabeth spoke on the psalms as pilgrimage songs, and Sr Hanne-Maria on how St Olav can inspire our daily life as Christians.

After the conference, we had a few extra days to enjoy our visitors from our motherhouse, Our Lady of the Mississippi Abbey in Dubuque: M Rebecca and Sr Grace. The latter took a dip in the fjord and declared it could be compared favorably with Lake Michigan. They both tried fishing from the bridge, but the cod must have been feeding elsewhere that day.

Last fall we had been invited to the dedication of a stave church that a local society had built across the fjord from us. We had had to decline because we were too busy to fit in a 6-hour round trip on a Sunday. Our hosts then proposed a visit in the spring, when we could together plant an oak tree that would stand for the next 1000 years as a sign of our friendship. On May 11, the day before our own church dedication anniversary, we drove south to Trondheim and took the ferry across to the other side. 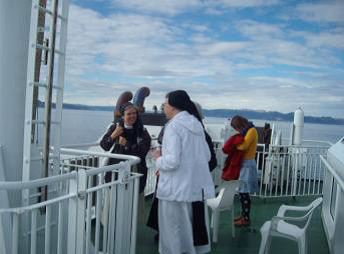 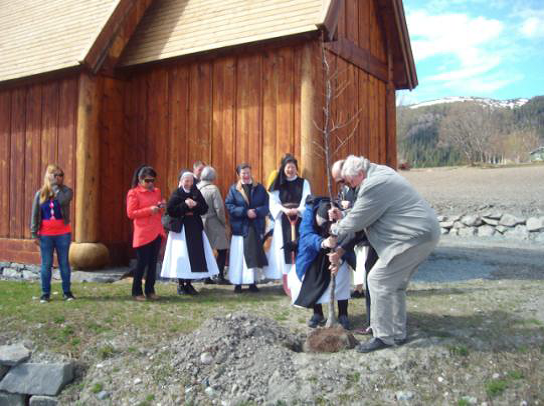 After enjoying "lapskaus", a traditional Norwegian stew, we heard of the history of the place, Hindrem, and the local efforts to build a replica of the stave church preserved at the Trøndelag Folk Museum. Hindrem is in the parish of Leksvik, the town we see in the valley across the fjord from Tautra. We learned that Hindrem was under the administration of Tautra in the middle ages. The local committee did much of the work themselves, using traditional techniques: there are no nails in the building, only wood plugs. We sang the office of None together and then planted the 1000-year oak in thanksgiving.

On the way home we drove north, and stopped at the magnificent waterfall we can sometimes hear on Tautra. It’s a magic waterfall: no matter where you go on Tautra, it looks like it is directly across from you. We also discovered that in addition to one of the mountains being called "The Monk" (because of its bald top which reminds one of a monk’s tonsure), another mountain is called "Himmelriket"—the kingdom of heaven. There was a helpful hiker’s sign in the parking lot which rated the climb to the top. In less than 4 hours and with "medium difficulty" you can reach the Kingdom of Heaven!

Sr Christina remarked that sometimes the grass really is greener on the other side! When we came home she shared with us a translation of a Dutch theatre text:

We are here on the shore of the beautiful Trondheimfjord.

The other shore is over there, and this one is here.

The shore where we are not, that is what we call the other side.

It becomes this side as soon as we have arrived there.

So this is the other side.

Please try to remember this because it is important when you have to cross.

Maybe one day you will cross too, because there are many who do this.

That is why I sail continually back and forth. 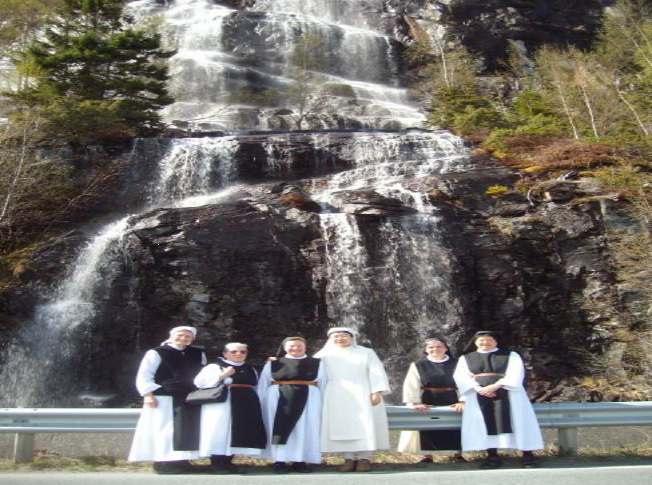 In any case, pilgrims need food for the journey. Ever wonder what nuns eat? Now you can find out in Sr Sheryl’s monastic cookbook MITT KLOSTERKJØKKEN/A NUN’S KITCHEN which was published by St Olav’s press June 1. With delight the cloister cook utilizes many of the seed-bearing plants God gave us for food. Sr Sheryl reveals some principles of monastic meals as well as some time-saving tips. The Rule of St Benedict says that kitchen service "increases reward and fosters love." At Tautra Mariakloster, on a fertile

island in the Trondheim fjord, the internationality of the community makes for unlimited experiments in fusing Norwegian, American and Chinese food within the monastic culture. Sr Sheryl’s cookbook is illustrated with her own photographs—from a nun’s kitchen. The book is available in Norway at Tautra’s own shop or direct from St Olav’s press. In the US, please order from www.monasterygreetings.com

Red, white and blue jello for the national holiday is included in Sr Sheryl’s cookbook. Everything is in Norwegian and English so she translated 17.mai as July 4! In Norway, order from St Olav’s press or come to our monastery shop. In the US, order from www.monasterygreetings.com 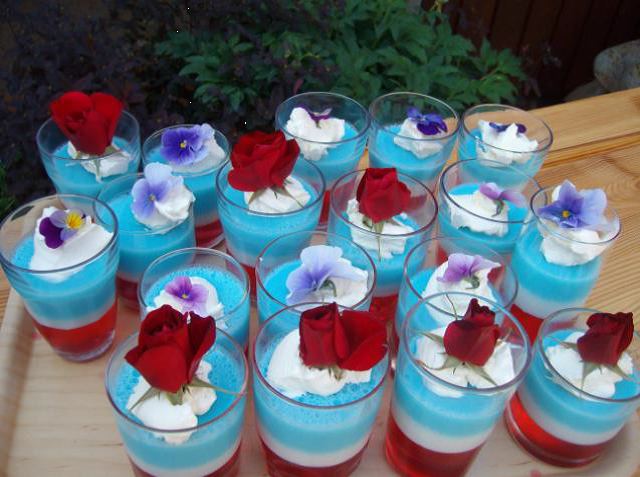 Sunday, June 30 a team of 19 from the national TV company with 5 cameras filmed our Sunday Mass, to be broadcast to the Nordic countries at 11 a.m. on Sunday, September 8. In the weeks leading up to the filming, we had practiced Ulf Schancke’s newly written Introitus, Taize’s Ubi Caritas with the harp, practiced all our movements in choir, and given every word that would be said and every note that would be sung to the script director. After two full dress rehearsals the day before (with our singing teacher Elin Liberg in the first pew), the filming went off without a hitch and everyone was very pleased with the result. After September 8, the mass will be available afterwards at www.tv.nrk.no. Put "Tautra Mariakloster" in the search engine. Praise God with us! 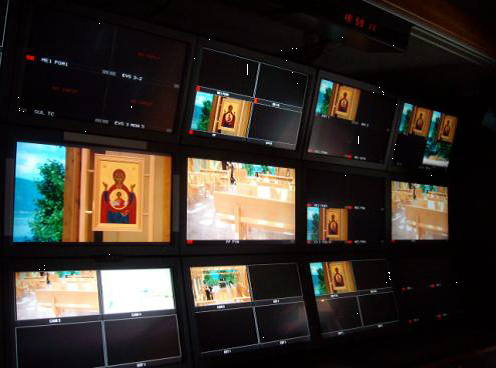 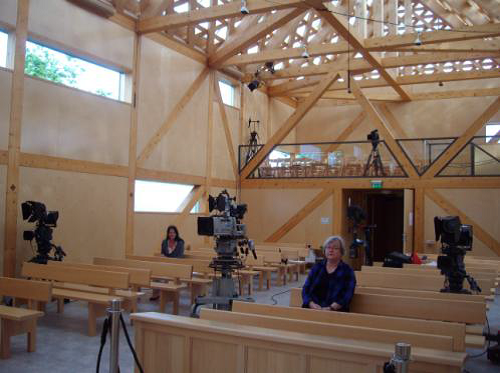 After the filming of our Sunday Mass, we were invited to see the director’s trailer with about 30 screens to record our worship. The broadcast is Sunday, September 8 at 11:00. You can find us from Sept.9 at www.tv.nrk.no 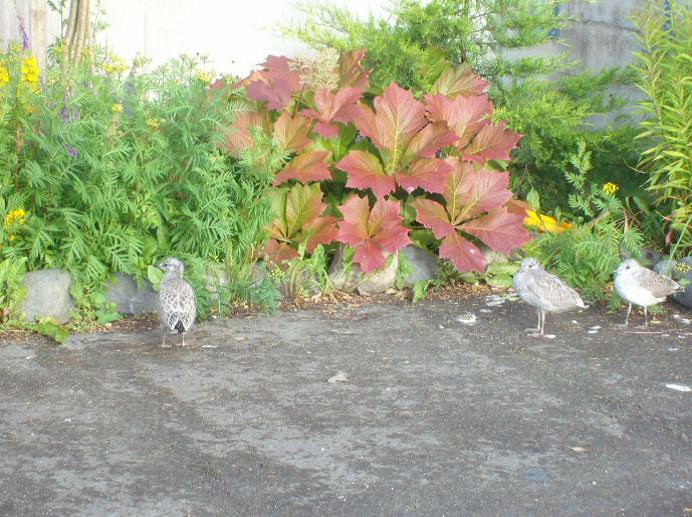 Three gull chicks grew up in our driveway this summer—here they are as teenagers.

We’re not lying when we say we sighted Bactrian camels on Tautra! (Circus Merano) 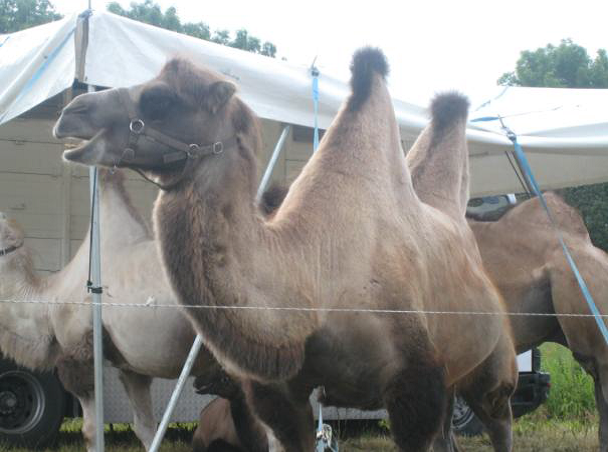 Our chaplain Fr Anthony made a garden out of seaweed and sand (you can read the story at http://tautra.startlogic.com/events.asp?language=english) and now provides us daily with beautiful radishes, several kinds of lettuce and this year for the first time, broccoli, cabbage and cauliflower! 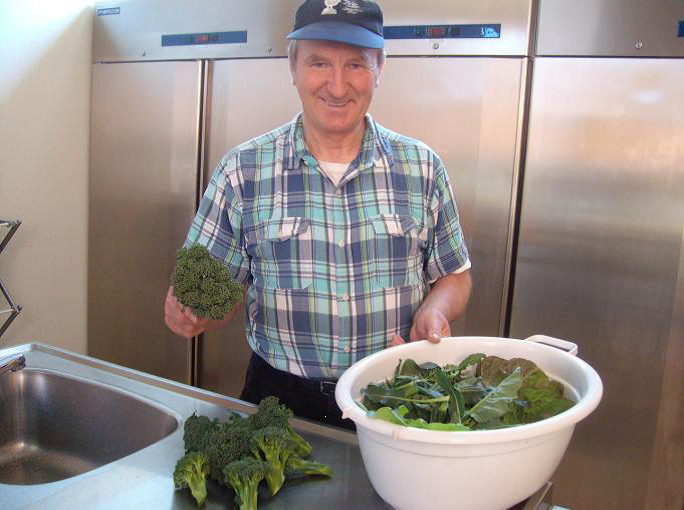